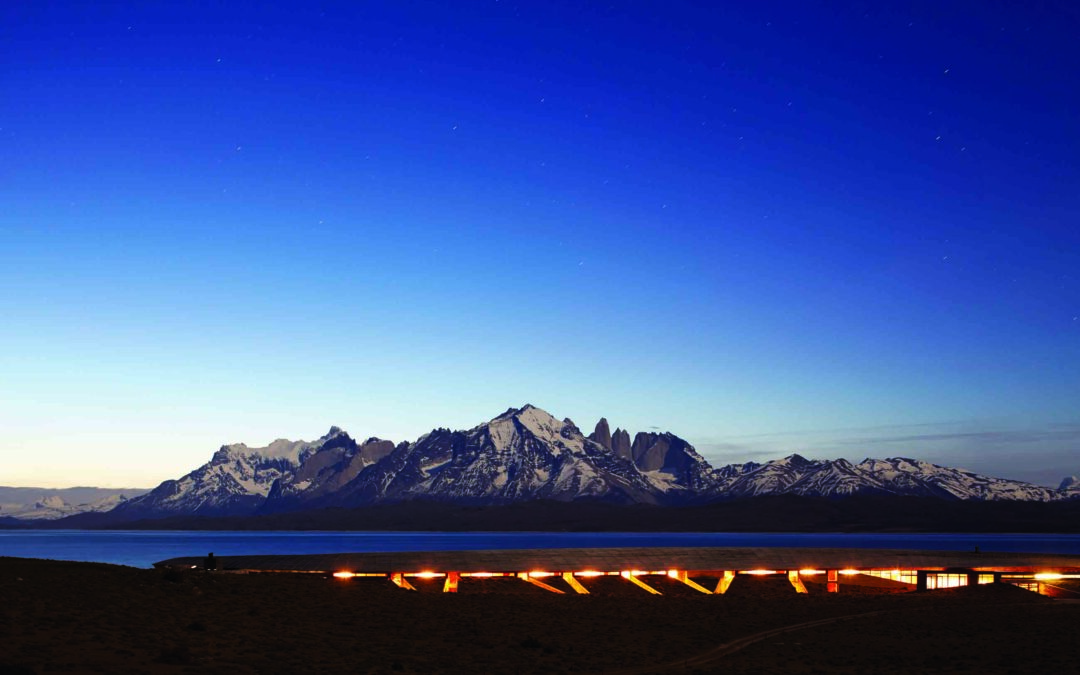 At Tierra Patagonia, sustainability begins with social responsibility and the acknowledgment that when it comes to preserving a culture, hotels need to work with communities for the betterment of all.

Tierra Hotel’s Tierra Patagonia exists in a remote area outside of Torres del Paine National Park in Southern Chilean Patagonia. Here, the geographical location is peppered with rugged mountain peaks, glaciers, lakes, and rivers. Being one of the largest national parks in the country, Torres del Paine, meaning blue towers, is visited by over 250,000 tourists each year, making the conservation of this region both vital and urgent.

Although the park was only established in 1959, the cultural significance of this region dates back much further. In the 2019 sustainability report, Tierra Hotels mentioned two key areas in which they endeavor to support, uplift, and preserve Patagonia’s local heritage and culture, where their luxury eco-lodge exists—local development and heritage.

The first peoples of Patagonia consisted of several indigenous groups who unfortunately gradually disappeared during the 19th century due to the impact of Western civilization. Documented to have lived and flourished in the harsh conditions of the park were the Tehuelche, Selk’nam, Yaghan, and Kaweskar peoples, each with its own traditions, background, and way of life.

According to the 2019 sustainability report, Tierra Patagonia is actively supporting local development, which includes the living legacy of the culture and identity of each place and the keepers of traditions, knowledge, and customs. One strategy outlined in the report is to work with local suppliers to encourage the development of communities. In doing so, the products sourced from the region authentically represent the community’s identity from which it originates. The hotel prioritizes suppliers using sustainable raw materials, minimally impacting the environment while using traditional production methods. Several initiatives are implemented to support local producers, including showcasing local artisans whose wares are featured throughout the guest rooms and excursions with local providers such as Estancia Matinal to experience behind-the-scenes operations.

As a homage to the local history, while staying at Tierra Patagonia, guests can accompany skilled guides on excursions throughout the region. A highlight is Hunter’s Trail—a half-day hike that explores the indigenous history of the area. Other activities include exploring Magellanic customs and local traditions, sharing a Patagonian ‘Asado’ (barbecue).